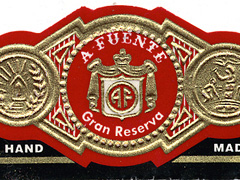 After building my walk in humidor in 2008, I was looking to start filling it with sticks for both smoking and aging. The Arturo Fuente name is a standard in the industry, so when I found the King B, wrapped in cedar, at a good price, I bought a box. They are beautiful cigars, nice veining, and well packed in a box of 18. After a month I smoked one of the sticks. It was very tightly packed, had a very difficult draw and the flavors were based mainly on spice and tended to be bitter, and albeit, bitter. Decided to forgo smoking them and allow time to age their flavors and balance. It has now been 30 months since my first tasting of these sticks, so I pulled another from the humidor. I now had high hopes and expectations for the stick, as 30 months of sitting at 70/70 should have brought out some wonderful flavors and mellowed the negative tastes of the original smoke. The cigar had in fact changed; the bitterness had died down, the spice which lasted throughout the full cigar 30 months ago had milded out. Unfortunately, all that remained was a cigar with very little flavor and aroma. There was a mild leather and grassy note, but not enough to carry the cigar throughout the two hours of smoking time. The stick was just as tight as the original one; very hard draw. The cigar did have some spring to it in its body, however, the closer you got to the cut narrow end, the harder and tighter it became. The balance of the construction was perfect, with a beautiful wrapper and non prominent veins. Obviously I am now disappointed with the cigars. The lack of flavor and aroma, in addition to the very tight draw, leave me not encouraged for the rest of the 16 left in the box. I will let them sit a few more months, then try again. If they remain the same, they will be a nice give away to my guests/friends who are not particular about what they smoke. FINAL THOUGHTS: 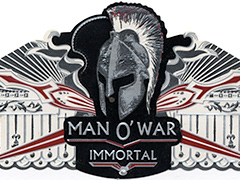