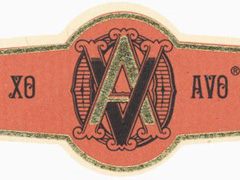 BACKGROUND: Avo Uvezian was born in 1926, into a musical family living in Beirut. His father was a composer and conductor of a symphony orchestra, and his mother a gifted singer. The dream of this talented young pianist was a great career in music. His enormous commitment and ability, which is still evident to this day, brought him success at an early age.

Avo has had several vocations and aspirations. He began his career as a musician and went on to become a composer, cigar aficionado and ultimately the owner of a brand of cigars that is recognized worldwide. Avo has nurtured all his talents in his quest for perfection in the cigar world. In both music and in the creation of cigars, passion is the driving force that spurs him on toward perfect harmony.

AVO cigars are made in the OK Cigar factory in the Dominican Republic. As with all Davidoff-produced cigars, AVO cigars are masterfully blended, well constructed and a pleasure to smoke. And, the AVO lineup has a smoke for every palate.

TASTING NOTES: Initially, there was a grassiness to the body and flavor and also something akin to the bite of fresh hops. That started to mellow rather quickly and I then started noticing more spicy grains like wild oats and rye. The retrohale, as always, lent something more to the equation and, in this case, it was a nice aromatic cedar aroma and flavor.

This cigar was medium in body and medium to full in flavor during the first half. The performance was mixed. The draw was a bit non-productive and the cigar developed an erratic burn line due to a small tunnel near the wrapper surface. Even so, the ash held firm until I pried it off at the 1-inch mark.

During the second half, the cigar developed some sweetness that balanced the continuing spice. In my mind, however, the cigar never seemed to rid itself of the grassy bite, which I can enjoy in moderate amounts, but which annoys me when it persists throughout a smoke.

Overall, the Avo XO is a well-constructed cigar that is likely to please those who are looking for an easily approachable smoke with a lively, spicy palate feel. Make no mistake, this cigar is beloved by many people, so if you can afford $7.60 and haven't yet tried the Avo XO, it is certainly worth giving a try.

This is the first of two Stogie Fresh 5 podcast reviews. These cigars have been in my humidor for 1 yr, 2 mo.