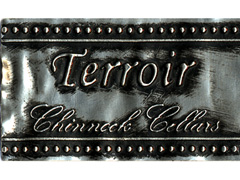 BACKGROUND: Every wine maker knows that it is the unique characteristics of the terroir or, soil that provides the signature flavors of the grapes and, eventually determines the unique essence of the fine wine made from those grapes.

As with wine, tobacco growing is also dependent on the quality of the soil to produce the best results. Each tobacco growing region has it's own special terroir, which lends its signature components to the tobacco. Thus, tobacco growers can plant the same seeds in two different regions and the resulting tobacco can be completely different because of the unique qualities of the soil. 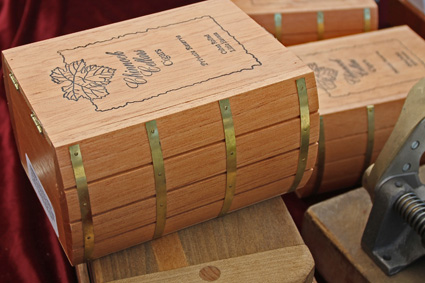 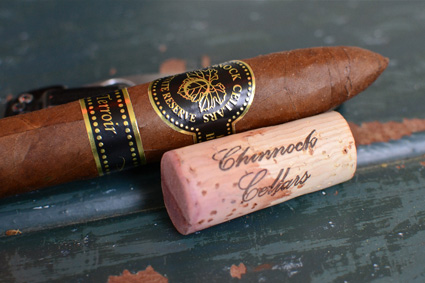 Brian Chinnock of Chinnock Cellars Cigars says that his newest blend, appropriately called "Terroir," incorporates tobacco leaves from several different regions to create a balance of the best qualities of each region.

For the filler blend, Chinnock uses Seco leaf from the Dominican Republic and combines it with Viso leaf from Nicaragua. A double Volado leaf binder from Nicaragua is used for its combustion qualities and the cigar is then capped with a Sun Grown Ecuadorian Habano wrapper.

All Chinnock cigars have been blended specifically to go with the luscious Chinnock Cellars Napa wines and the cigars are boxed in a very special “Barrel” box, which resembles a wine barrel. 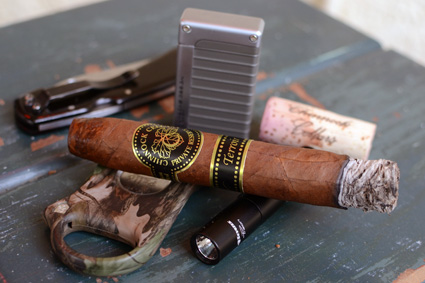 TASTING NOTES: At first blush this cigar exudes grassy notes, roasted chestnuts and light cedar. The finish is crisp and hoppy and leaves a raw walnut aftertaste. After an inch or so, I noted a bit of tobacco sweetness on my palate and some pepper spice on the retrohale.

This cigar performed pretty well, with a smooth draw, but with a slightly meandering and blistered burn line. The dark gray ash was flaky and had a tendency to flower, which led me to tap off more often.

As the cigar progressed I noted more complexity in the flavors, which made this a smoke that was interesting and challenging to the palate. 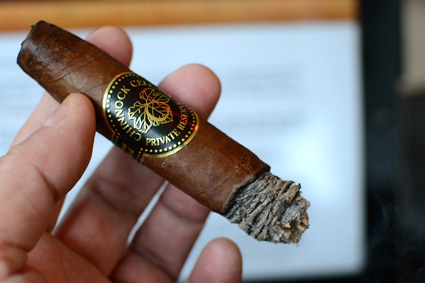 FINAL THOUGHTS: The Chinnock Cellars Terroir Torpedo is a fine smoke and one that would appeal to a wide range of cigar smokers. Bright, focused flavors and some balancing tobacco sweetness make this an appealing smoke and a great match with a full-bodied red wine.

At $9.50 per stick, some might shy away from this cigar, but I recommend you purchase a few to keep on hand to enjoy with your favorite bottle of red wine.

Made at the El Titan de Bronze factory in Miami, this is an American-made cigar to be proud of. The extra price is common among cigars made in the U.S. and especially those made in limited quantities. But don’t let the price dissuade you from trying this unique and flavorful cigar. A price of $9.50 is not enough to break the bank and the potential reward is certainly commensurate with the price.

These cigars have been resting in a home made wooden desktop humidor. My son made this for me as a woodshop project in his high school. It has always kept good humidity levels, although the temperatures seem to swing fairly rapidly. I keep it in my bedroom where the temperatures are most stable in my home.

This is the first podcast review of these cigars, which have been resting for nearly 8 months. 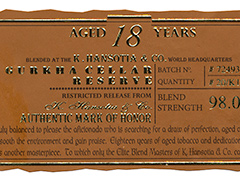 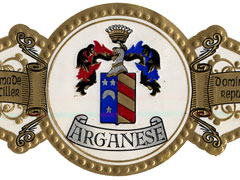 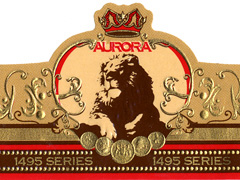