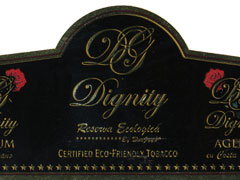 BACKGROUND: This postscript review is on the Dignity Black Gold. I first featured this stick in Episode 242 of the Stogie Fresh 5 podcast on Sunday, October 10, 2010. I pulled out two samples for this review and it is time to see how these cigars are faring with a total of 1 year 5.6 months in my humidor. 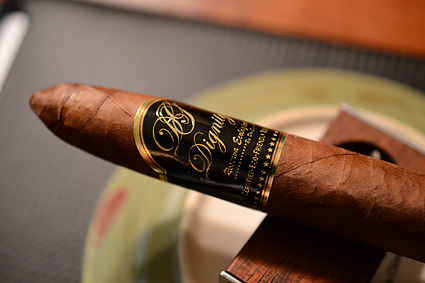 Dignity Premium Cigars hail from the world’s only existing pure ancestral, pre-embargo Cuban seeds - traced by their genetic fingerprints to regions such as Pinar del Rio, Vuelta Abajo, and other regions of 1940’s and 50’s-in Cuba. The tobacco for all Dignity cigars is farmed naturally and has been cultivated with pesticide-free processes and using organic fertilization methods. Dignity cigars are billed as a Riserva Ecologica; Certified Eco-Friendly Tobacco.

This tobacco is planted and harvested solely in the mountains of Costa Rica, in the region known as Puriscal, where it has adapted to the individuality of the soil, while also retaining much of its original pre-embargo character.

John Vogel is the man who has assembled this repository of genetically pure Cuban seeds. John took his ancestral seed bank of genetically pure Cuban tobacco seeds and planted them in the volcanic terrain of his Costa Rican farm, which is situated in a valley between low mountains to the East and West. These conditions provide the tobacco plants with just enough daylight between mid-morning and mid-afternoon and represent, according to Vogel, the conditions and soil that are very similar to the prime growing regions in the Vuelta Abajo in Cuba.

Today's featured cigar is the 6-inch by 52 RG Black Gold Torpedo, which is available in 4 sizes and comes in boxes of 25. 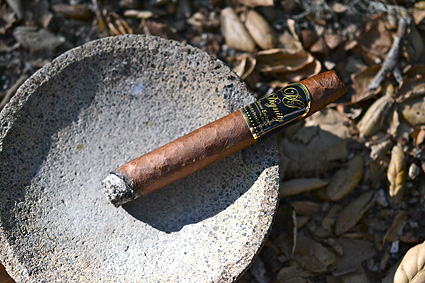 TASTING NOTES: An extra year has brought some great changes as this cigar has really picked up in balance and complexity. A year ago the cigar was full of woody and smoky flavors, with charred oak and wine tannins. But now it has more espresso and natural tobacco sweetness. There are plenty of nuances that flicker across my palate like so many fireflies. Cocoa, coffee, bourbon, rum and mesquite can all be found somewhere along the flavor trail.

The Torpedo showed a meandering burn line, but an excellent draw and a thick dark charcoal ash. The cigar is medium-full in body, flavor and strength and is not for the faint of heart. There is enough ligero in the blend to give you a wake up call and if you saddle up this bad dog, you had better be ready to pull leather and float on the wind.

As a result of plenty of ligero tobacco in the filler, the Black Gold will sometimes develop an uneven or lazy burn. You will sometimes have to relight the cigar and will have to be mindful of your pacing, so as not to let the tobacco smolder and die out. 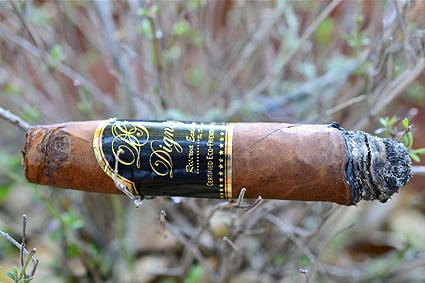 FINAL THOUGHTS: With the fact that this cigar is pretty full bodied, it is still smooth and shows good natural tobacco sweetness. It is a challenging smoke and one that will have ample character changes throughout the smoke. Even with the enhanced complexity, I would still steer newbies away from this stick. But for experienced cigar smokers looking for a wild ride, this Dignity Black Gold is your ticket.

These stogies have been kept tightly snugged away in their original wooden box in my converted wine cooler cabinet. There is no refrigeration and I use an Oasis active humidifier that has been retrofitted with superabsorbent polymers. The temperatures are stable in my closet, which is adjacent an inside wall of my home.

This is the second and final postscript review of these sticks, which have been aging for a total of 1 year, 5.6 months.