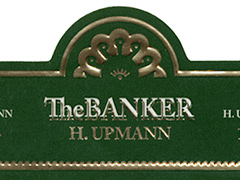 BACKGROUND: H. Upmann is among the oldest cigar brands in existence. Around 1840, Herman Upmann opened a bank branch office in Havana. The possibilities of a commercial endeavor became clear to Upmann and in 1844 he, along with his brother August, invested in a cigar factory and the H. Upmann brand was launched.

The company went bankrupt in 1922 and eventually, after years of management by the Frankau Company, the brand name was acquired in 1937 by Menendez y Garcia Co., the same company that made Montecristo (circa 1935). 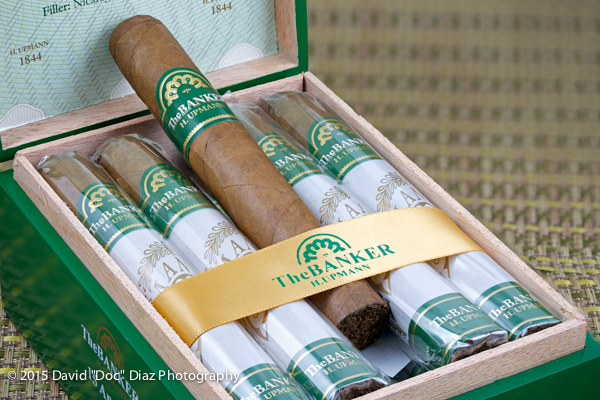 The Cuban Revolution led to the nationalization of Cuban cigar companies – including H. Upmann. As a result, Menendez and Garcia would move the brand to the Canary Islands, then to the Dominican Republic. The brand in the U.S. would eventually come under the ownership of Altadis, while in Cuba, the factory and brand would be managed by state-owned, Cubatabaco, creating both Cuban and Non-Cuban versions of the H. Upmann cigar.

The Banker is the newest line under Altadis USA’s H. Upmann brand. The Banker pays homage to the original brand founders, August and Herman Upmann. As bankers, the brothers saw financial opportunity in creating a unique cigar blend that could be securely locked away in their vaults only to be gifted to their most special clients, friends and family. After nearly 170 years, Altadis USA has recreated a blend in the same style as the original. The Banker by H. Upmann is crafted in the Dominican Republic using an Ecuadorian Habano wrapper, Nicaraguan binder and filler tobaccos from the Dominican Republic and Nicaragua. 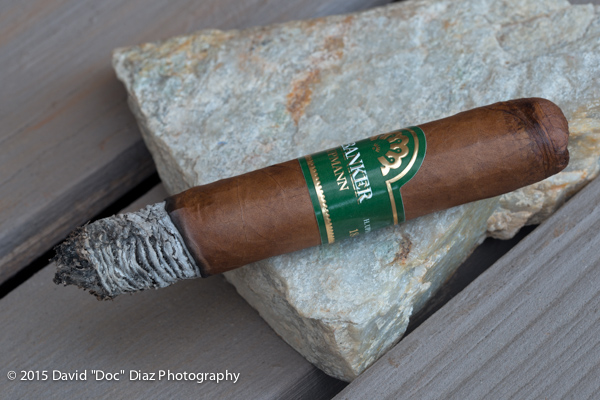 TASTING NOTES: Historically, H. Upmann cigars have been known for their mild body and straightforward tobacco taste. I was looking for that general flavor profile, but with a twist that comes from using tobaccos outside of Cuba. In general, I did get that flavor profile, although the cigar was closer to medium than mild. Besides the tobacco's palate flavor, there were also hints of cedar and vanilla on the retrohale. As the cigar progressed, I noted more sweetness on the finish.

The draw on this stick was nearly ideal and the burn line was thin and even. No problems at all with the construction and burn.

The flavor profile of The Banker served as a reminder of the beauty of nuance and of the wonderful, rich surprises to be found in some lighter bodied cigars. You don’t need to be blasted by flavor, body and strength to have a satisfying smoke. Subtle, delicate and complex smokes are a virtual treasure trove of experience that can delight the senses. That pretty much described my experience with The Banker. 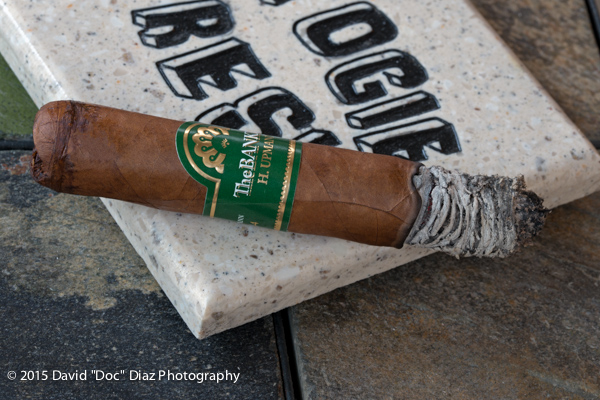 FINAL THOUGHTS: The Banker is a sophisticated, nuanced smoke, with straightforward tobacco flavor and a hint of vanilla sweetness and cedar notes to round it out. This is an easy cigar to recommend. At a box price of around $7.15 per stick, I think it is a good cigar to get your hands on and try.

This cigar weighs in at medium in body, flavor and strength and, as such, should appeal to a wide range of cigar smokers and I don’t think there is anybody that I couldn’t recommend this cigar to.

These cigars are being kept in their original box inside my Aristocrat M+ cabinet humidor. The set and forget system is set at 68%RH.

The cigars come with paper sleeves covered with a cellophane outer sleeve. This is the first review of these cigars, which have been resting in my humidor for 4 months, 19 days.