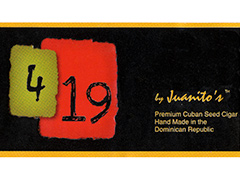 BACKGROUND: April 19th has a special significance to Juan Carlos Jimenez, owner of Juanito's Premium Cigarros. It was on 4-19-1960 and he and his sister fled to Miami from Cuba to avoid the oppressive Castro government.

According to Jimenez, soldiers “used to break into the home of [his] parents weekly or every other week,” in search of American dollars or radio transmitters.” Eventually his father and uncle were imprisoned and tortured. 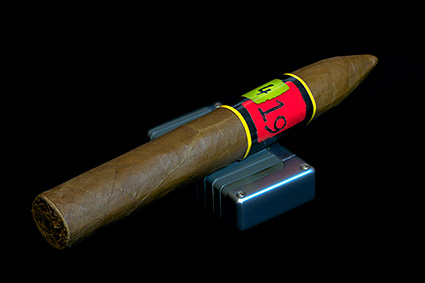 It would be 7 years before he and his sister were reunited with their parents. Fifty years later, in 2010, he was determined to craft an extraordinary cigar to pay tribute to this most unforgettable day, which Jimenez now calls his "Freedom Day."

The cigar is appropriately named, the 4-19 and is made in the Dominican Republic for Juanito’s Cigarros, a brand that Juan Carlos named after his father. 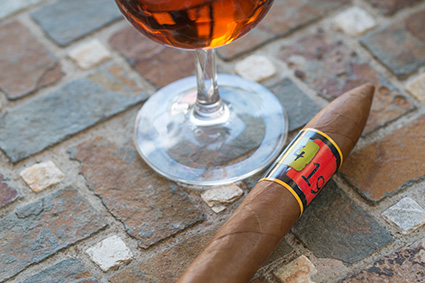 The cigar starts with filler tobaccos that include Honduran and Nicaraguan Habano, Dominican Olor, and Dominican Piloto Cubano. The filler blend is bound in a Dominican Olor binder and the cigar is finished with an Ecuadorian Shade grown Connecticut wrapper.

This review features the beautiful 6-inch by 52 ring Torpedo. 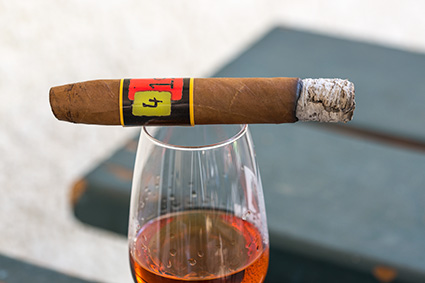 TASTING NOTES: This cigar displayed classic Connecticut Shade seed characteristics. I always say that Connecticut Shade-wrapped cigars are the Sauvignon Blanc of the cigar flavor wheel. The flavors are bright, lively and grassy on the palate and the good ones also have a nice natural tobacco sweetness that ties those elements together. This cigar displayed all those characteristics.

This cigar is medium in body and strength and medium full in flavor and I believe it will appeal to a wide range of cigar smokers. The construction and burn were both excellent. The draw was near perfect. The burn line was just slightly meandering and the light gray ash was firm and held on until I decided to tap off in 1 to 1.5-inch chunks.

During the first half, the cigar performed great and exhibited a fine flavor profile. 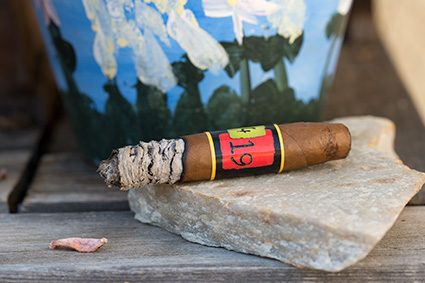 FINAL THOUGHTS: During the second half the cigar tasted pretty much as it did during the first half. The flavors were bright and lively and there was a substantial impact on the palate. There is a lengthy grassy-sweet finish that balances nicely with the other flavors in the cigar.

The construction and burn were still excellent and there was nothing negative to report in the performance of the 4-19.

The price point makes this cigar an attractive option as an every day smoke and I can recommend the 4-19 for those who want a smooth and elegant smoke. I hope that you give the Juanito's brand a try and pick up some of the excellent deals to be had on this, and other, fine smokes.

These cigars are being kept in their original cello and also inside a plastic cigar sack (open to humidor environment) inside my Aristocrat M+ cabinet humidor. The set-and-forget humidification system is set at 68%RH.

This is the first of two podcast reviews. These cigars have been aging in my humidor for 2 months, 2 days.