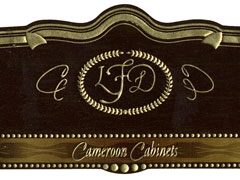 BACKGROUND: This postscript review features the La Flor Dominicana Cameroon Cabinet. I first featured this stick on Episode 304 of the Stogie Fresh 5 podcast, back on Saturday February 4, 2012. This is the second of two reviews of these cigars, which have been resting in my humidor for 1 year, 5 months and 14 days. 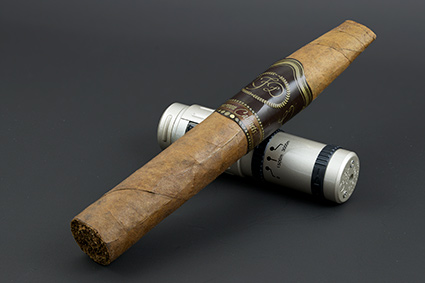 In 2007, La Flor Dominicana president, Litto Gomez, created an experimental small-batch Cameroon cigar that was packaged in boxes of 50 and without bands. These cigars were only available at select retailers and typically during a special event at the retail site.

According to Litto, he had produced a few in years past, but stopped making them because he wanted to let the Cameroon wrapper age a few more years. So when he unveiled them again in 2007 the wrapper was four years old.

Fast-forward a few years and the cigar now sports a classy band, and comes in six different sizes. The name of the cigar would eventually become the Cameroon Cabinet.

The blend consists of Dominican and Nicaraguan filler tobacco wrapped in a Dominican binder and then crowed with a Cameroon wrapper.

Perhaps the most sought-after shape and size is the one I'm smoking today, the 6-inch by 52 ring gauge Chisel. 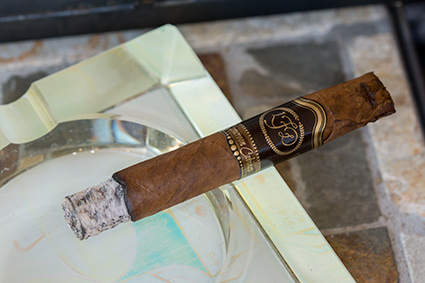 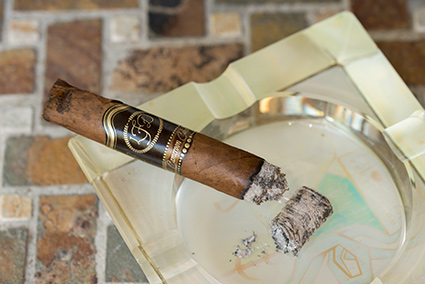 TASTING NOTES: After another year in the stable, the Cameroon Cabinet is still strutting its stuff. I noted a woody character and plenty of spice, both on the palate and on the retrohale, where I noted a good dose of white pepper spice. In fact, ironically, this cigar is displaying more spice now than it did a year ago. Go figure.

I am a big fan of the chisel shape that was invented by Litto Gomez, but I made the mistake this time of cutting crosswise and ended up cracking the wrapper. Note to self: make sure to clip downward and not crosswise on these sticks.

The performance was rock solid. The draw and burn were great. The spackle-white ash was perfectly formed and held on indefinitely until I decided to tap off. In fact, the performance was perhaps the most impressive feature of this cigar.

FINAL THOUGHTS: During the second half, the cigar showed more prominent flavor and body and the profile picked up some nutty sweetness along with the lingering wood and spice. 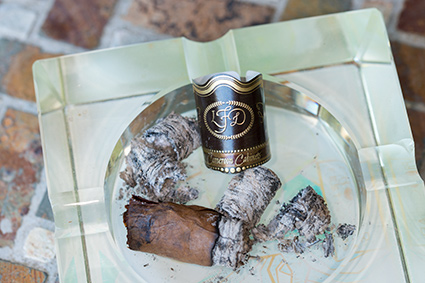 This cigar is just a joy to smoke and I can’t think of anything bad to say about it. It’s got a great look and feel, the flavor is befitting a great Cameroon-wrapped stick and the performance is impeccable. I give really high marks to the Cameroon Cabinet.

This cigar is easily approachable and should appeal widely to cigar enthusiasts of all stripes and experience. I think this would be a great introduction to Cameroon cigars and with the La Flor Dominicana pedigree, I really don’t think you can miss with this stick.

I bought these cigars in a batch of 10 cigars. They came individually wrapped in cellophane sleeves, which I have left intact. I put the batch together in a plastic cigar sack that I have left open to allow for airflow to the cigars. The batch of cigars is kept in my Aristocrat Mini cabinet humidor, with an active humidification system set at 68%RH.

This is the second of two podcast reviews of these cigars, which have been resting in my humidor for 1 year, 5 months and 14 days. 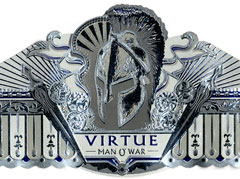