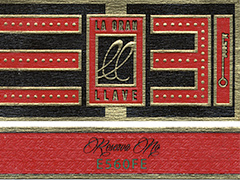 BACKGROUND: After a two-year hiatus from the industry, Michael Argenti announced the collaboration between himself and master blender and premium cigar manufacturer, AJ Fernandez of AJ Fernandez Cigars. Their first collaborative effort yielded the creation of a new cigar line called LA GRAN LLAVE. 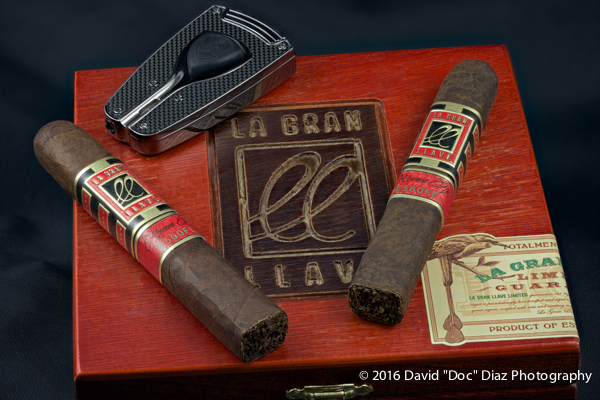 Said Argenti, “I’ve been working on the La Gran Llave (LGL) project, on and off, for the better part of 10 years. It wasn’t until recently, while sharing an LGL prototype with my current partner and friend, Angel Aguayo, that he convinced me we needed to bring LGL to life, and there was no better person to do it with than AJ Fernandez.” At that very moment, Angel called AJ and the collaboration on La Gran Llave began.

La Gran Llave is offered in five sizes, ranging from the diminutive Corona Extra to the elegant Double Corona. 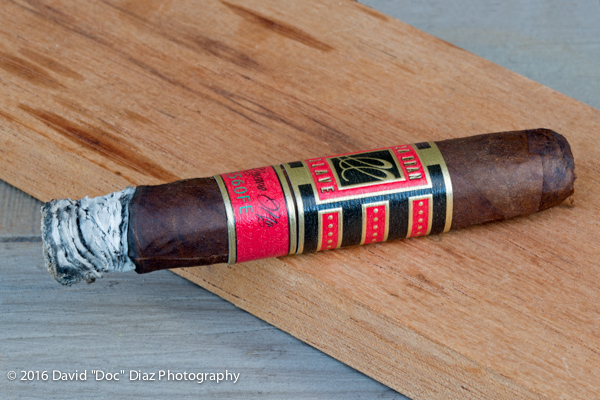 TASTING NOTES: This cigar started out big, with a mouthful of dark cocoa and espresso bean flavor. Retrohaling added a snoutful of black pepper and even a bit of blackstrap molasses. But, the cigar was memorable for its quick start and huge flavor out of the gate.

Interestingly, the flavors started to mellow quickly, almost as rapidly as they appeared as full. By the end of the first half, the cigar displayed earthy tones and a vanilla sweetness. The retrohale also changed with less pepper spice and with oak wood aromatics. 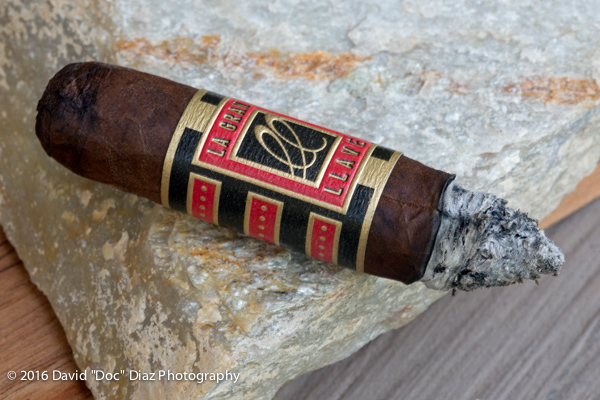 This little cigar displayed excellent construction and burn. The draw was just about perfect, the burn line, which started out blistered and uneven, really evened out nicely and the medium-gray ash held on firmly.

The Corona Extra was a mouthful of goodness and surprisingly complex for such a short smoke.

FINAL THOUGHTS: The La Gran Llave Corona Extra is a fine smoke with an excellent pedigree. It’s no secret that AJ Fernandez has produced numerous award-winning smokes, but we shouldn’t forget that Michael Argenti has also been a driving force in producing his own share of fine blends.

This cigar was full in flavor at the outset and yet not overly strong. There was complexity in this smoke that challenged the palate to discern everything that it has to offer. 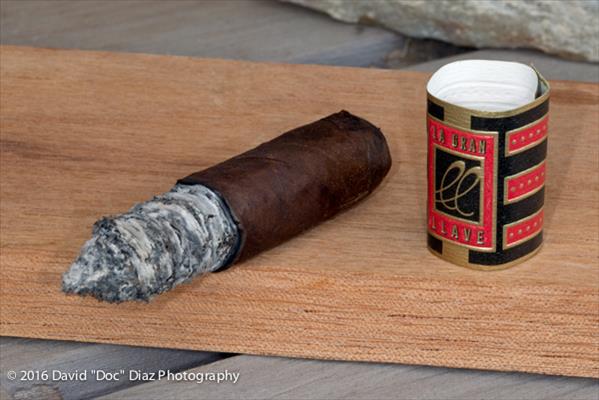 My only complaint was that the final third was so much mellower than the initial third that it seemed a bit of a letdown. That said, the flavors at the end were complex and nuanced and certainly were good, in and of themselves.

I can recommend this cigar to most every cigar smoker. At $6.99/stick for these Corona Extras, I can easily recommend that you try a few. I am unsure at this time on how these cigars will age. I have a feeling that they will be much better over the first couple of years and I would recommend that you let them sit for a couple of months in your humidor before you give them any really assessment

These cigars are currently stored in their original box. Each cigar comes with a cellophane wrapper, which I have left intact. The box resides inside my Aristocrat M+ cabinet humidor. The "set-and-forget" humidification system is set at 68%RH and the summertime temps have been around 68-72°F. This is the first review of these sticks, which have now been aging a total of 5 months and 4 days.