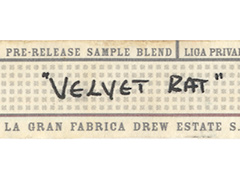 BACKGROUND: The Velvet Rat is the ninth cigar from Drew Estate to be designated “Único Serie,” the others being Papas Fritas, UF-13, Feral Flying Pig, L40, UF-4, A, Ratzilla, and Dirty Rat.

The Velvet Rat sports a Connecticut Broadleaf wrapper, Brazilian mata fina binder, and filler tobaccos from Honduras and Nicaragua. It retails for $14 apiece in a single size (6.25 x 46). It is intended to be a lighter, creamier experience than the Liga Privada No. 9. 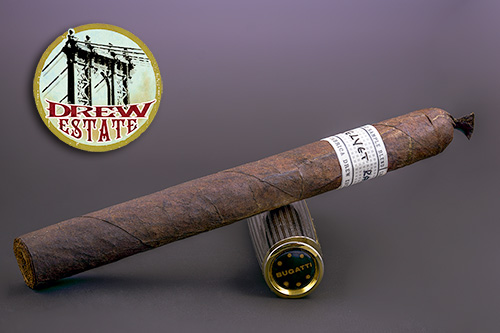 According to Steve Saka, the Velvet Rat was created to satisfy two of his personal cigar wishes. The first being his longing for a slightly creamier, more balanced iteration of the Dirty Rat blend. The second wish was for there to be a Lonsdale added to the Liga Privada line. Saka considers this vitola to be, "very elegant and a true pleasure to smoke."

TASTING NOTES: From the first draw, you can tell that the Velvet Rat is going to be lighter in body and strength than it's Unico counterparts. True to its name, the Rat is velvety smooth on the fore and mid-palate with a touch of black pepper on the back of the palate. There is a razor sharp sweetness on the tip of the tongue that brings a great sense of balance to the palate feel. The retrohale shows a bit more texture, while a searing pepper spice riddles the nasal mucosa on the retrohale.

There is a distinct earthy sweetness that is due, at least in part, to the Brazilian Mata Fina binder. In blending sessions at Drew Estate over the past two years, I have chosen the Mata Fina in my blend for that exact characteristic, not to mention the great aroma that emanates from the leaf. 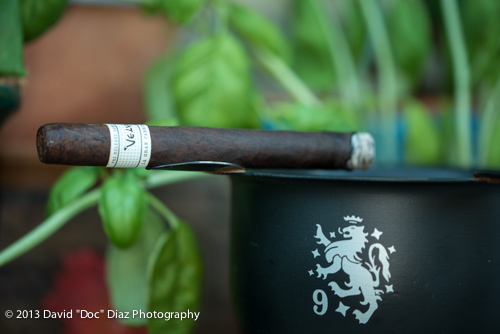 The cigar developed a small tunnel on one side that was caused by an off-centered ligero in the filler bunch. But, for all intents and purposes, the tunnel had little effect on the overall performance. The ash was a bit flaky and flowered as the burn line meandered. The thick, resiny tobaccos used in the Unico Series cigars always have a bit of trouble staying lit, in my experience, but that is a small price to pay for the exchange in flavor. Even this "Velvet" has a big flavor profile that is enormously satisfying.

As the first half wound down, the off-centered ligero still plagued the burn, which was very uneven and yet, the draw remained consistent. During the first half this cigar weighed in at medium in strength and medium-full in body and flavor.

FINAL THOUGHTS: During the second half the Velvet Rat kicked up a bit in flavor and body. It still remained velvety smooth on the palate and the long finish was ripe with semi-sweet chocolate and dark roasted coffee notes. The off-center ligero finally straightened out, as did the burn line. 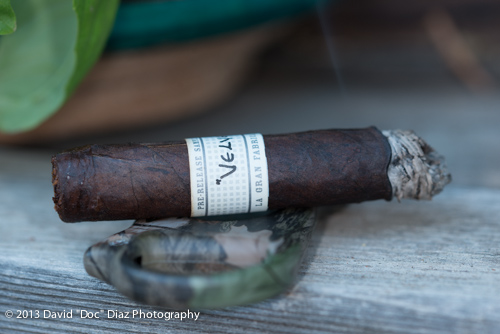 Though the Unico Serie cigars can be hard to get your hands on and come with a price that elicits a small wince, they are nevertheless a no-brainer choice for the cigar enthusiast who likes bold flavors and rustic sweetness. I have tried all but one of the Unico Serie line and I can tell you that I am never dissatisfied with the experience.

Thanks to the overlap of tobacco varietals across the Unico Serie cigars, there is a certain similarity (though not sameness) to the different cigars in this line. The Velvet Rat is an example of a cigar that has been toned down just slightly in its aggressiveness on the palate, and yet it still displays full flavor. If you are new to Liga Privada, this would be a good starting point. Once you've tried it, I believe it will whet your appetite for all the rest of the cigars in the line.

This is one of the few reviews I have done with one cigar, so there are no others in this batch. I did, however, let this one cigar rest for just over a month in my humidor before this review.