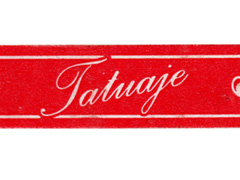 The Tatuaje Havana VI is blended in the style of the flavorful yet medium-bodied Cuban cigars of yesteryear. Pepin Garcia blended these Nicaraguan puros, which are also rolled in Nicaragua using select Nicaraguan tobaccos, in classic Cuban style with a beautiful Cuban triple-cap.

As a result of being rolled in Nicaragua, Tatuaje has been able to find a cigar that is lower in price than its flagship Tatuaje’s that are rolled in the El Rey de los Habanos factory in Miami. This is a real boon to those smokers who want to experience Don Pepin blends at a lower price point.

This torpedo has a dark wrapper that is oily and supple to the touch. There are some medium-sized veins, some of which are “suture veins,” giving the wrapper a stitched look in places. After clipping the triple cap with my Palió cutter, I take a few pre-light draws, which seem perfect, so I proceed to light this bad boy and give it a whirl.

The flavors are immediately spicy, however just as immediate, is the appearance of a “runner,” an uneven burn, up the side of the wrapper. I spy a small tunnel on that side of the cigar, which is a disappointing start to the smoke. It’s always a bit disconcerting to find a defect so early into the smoke, but I decide to let the burn play out to see if it corrects.

The body is medium at the outset and, besides a pleasant spicy character, there are light tobacco flavors as well. The cigar is smoking a little “hollow” and I suspect that the tunnel that caused the burn to go awry is responsible; I haven’t dropped the ash yet, so I can’t say for sure.

As I drop the ash off at an inch, I note three small tunnels that have been affecting the burn. There is some blistering on the slow burning side of the cigar. Since the tunnels are small, they have not had a pronounced effect so that I am still able to enjoy the smoke and have not had to touch up or relight. At this point I taste woody notes and a slight metallic aftertaste, which is not unpleasant.

By the halfway mark, the burn problems had resolved themselves and I was now tasting some sweetness in the blend along with richer tobacco flavor and continued spice.

By the last third, the cigar was reaching medium-full body. This is a fine medium-bodied smoke with lively flavors. I recommend this cigar for those who want to experience a Don Pepin blended cigar at a lower price point. You can pick up these sticks at about $2 less than the Miami made Tatuaje’s. I am looking forward to seeing how this cigar changes with some age. I will revisit again in three months.

These cigars have been resting in their original cedar cabinet in my Aristocrat M+ cabinet humidor. The RH is set at 68% and the temperature has been varying between 66-70 degrees F. This is the first in a series of reviews on this batch of cigars. I have waiting nearly 4 months to give this cigar its maiden review because when I first got the box, I noted a slight ammonia aroma in the cigars that indicated, perhaps, a premature distribution.